I have always wanted a "big, black dog," so I did my research and sought out Torchlight Standard Poodles in Wisconsin, since I loved the look of their dogs.  Asking for a "black pet female", breeder Jean Lazarus, knowing how show dog people are, convinced me to take the pick male out of the litter and just "show him for fun."  Travis finished his American championshop by going Best In Show from the classes at Chintimmie Kennel Club, over about 1600 dogs.  He then won multiple groups here in the US and I was then convinced to lease him to friends of Travis' handler in England since he was such a great dog.  Upon coming out of quarantine, he went to his first show in Ireland, the biggest show of the year there  (7800+ dogs) and Travis went Best in Show from the classes, yet again.  He finished his English championship in 5 shows, defeating large numbers of Standard Poodles at each show.  Unfortunately, the folks who leased him then disappeared with him.  Since he was sleeping and playing with their twin children, we are ever hopeful that he continues to be their loving house dog. 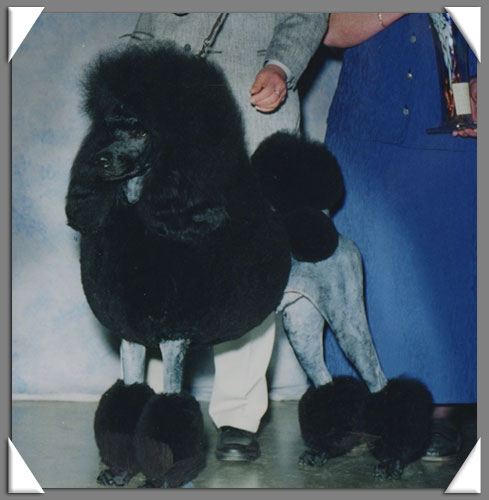 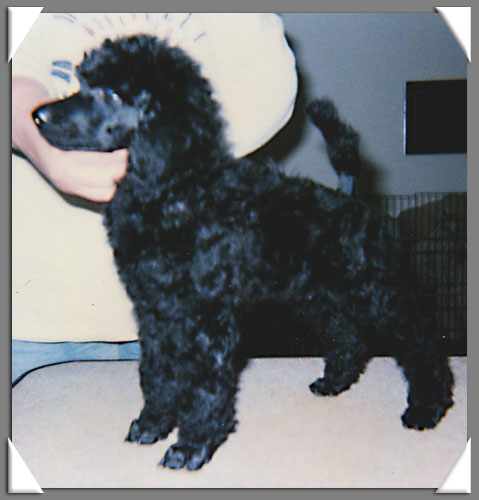 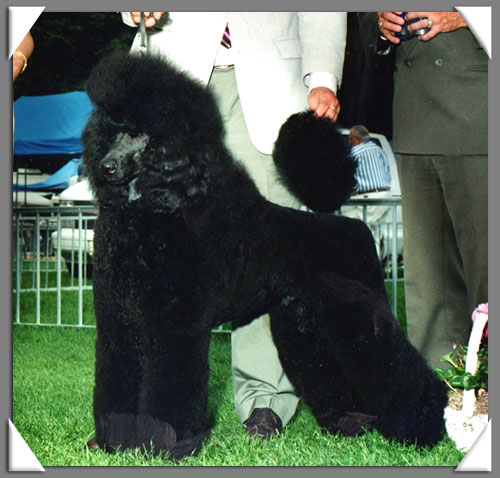